Even frequent readers aren't always aware of biases in media outlets. Stopaganda Plus helps you understanding the various media biases of over 3100 websites.

I’m a former financial analyst turned full stack developer, which I have been doing for about five years.

What does your extension do? 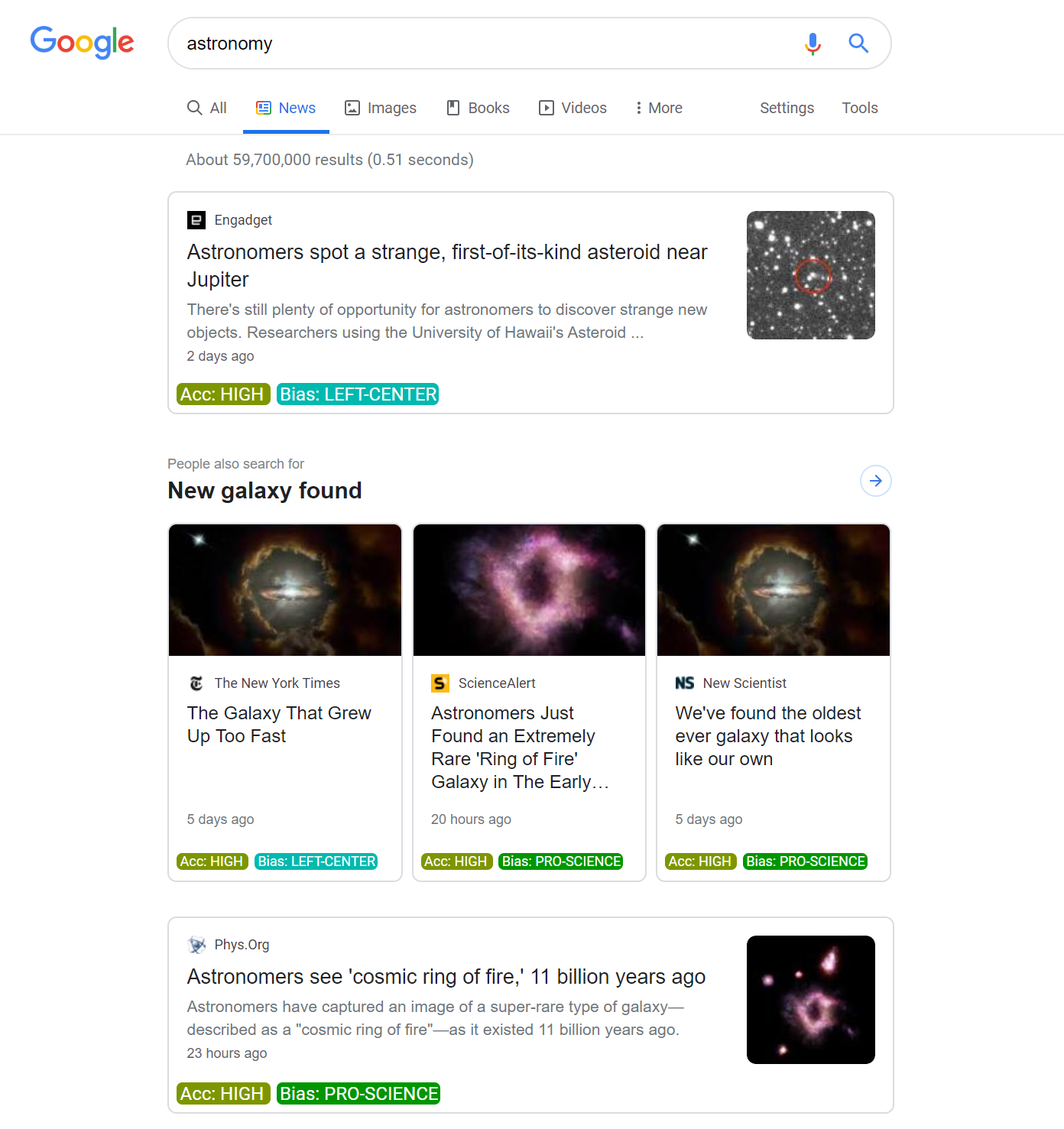 Stopaganda Plus adds informative decals to news articles posted to Facebook, Reddit, Twitter, and Google. The decals indicate the media source’s accuracy and bias metrics as determined by Media Bias Fact Check (run by Dave Van Zandt), who provides an extensive database of media bias reports with full citations and an open methodology by which they derive their ratings. The name “Stopaganda” is simply a portmanteau of “stop” and “propaganda”.

What motivated you to get started? 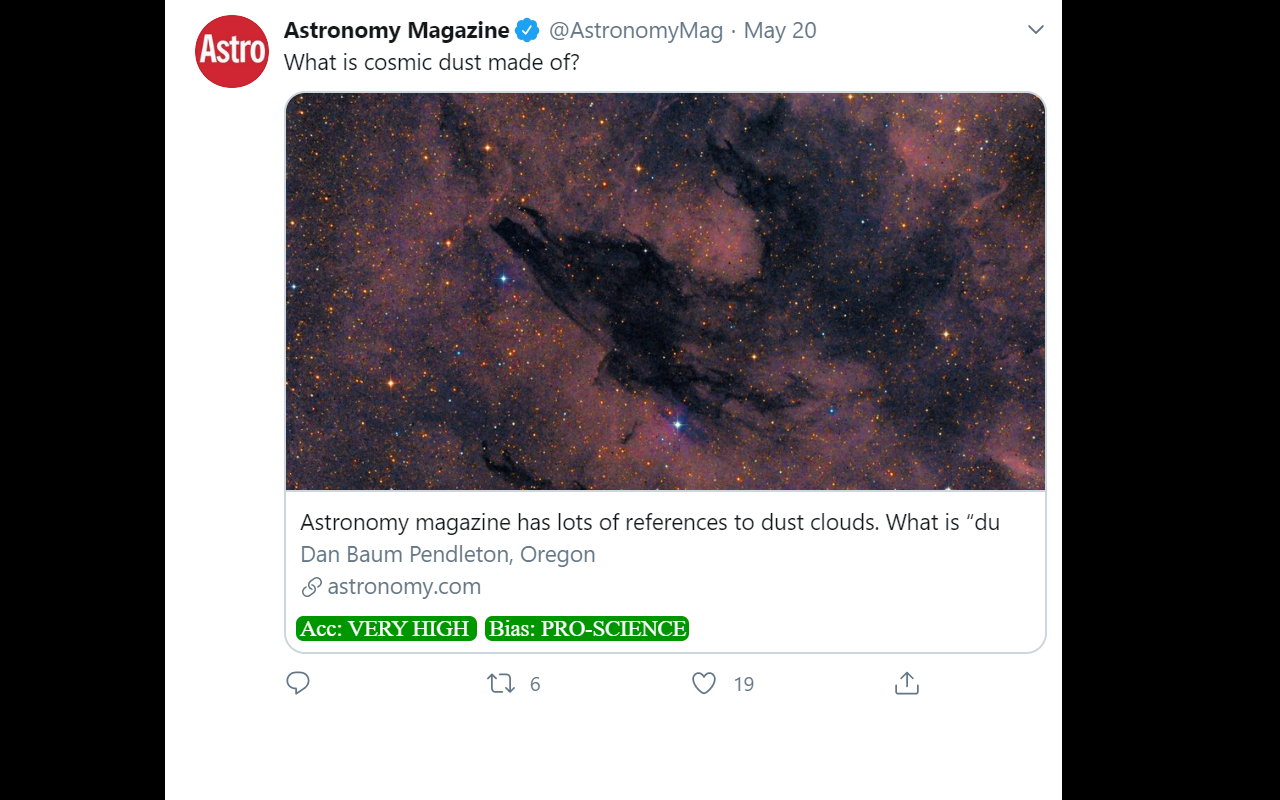 Shortly into the current White House administration, I started noticing what seemed like a drastic increase in damaging conspiracy theories and poorly-sourced “news” articles being propagated throughout Facebook by people in my friends list. I began lamenting the fact that there were no passive resources for those friends to verify that the stories they were sharing came from credible sources. After seeing a cool graphic that showed common news sources on a chart with axes of bias and accuracy, I thought it could be useful to turn those data into the kind of plugin that would assist those users in navigating online media in a healthier, more confident way.

What tech stack do you use? 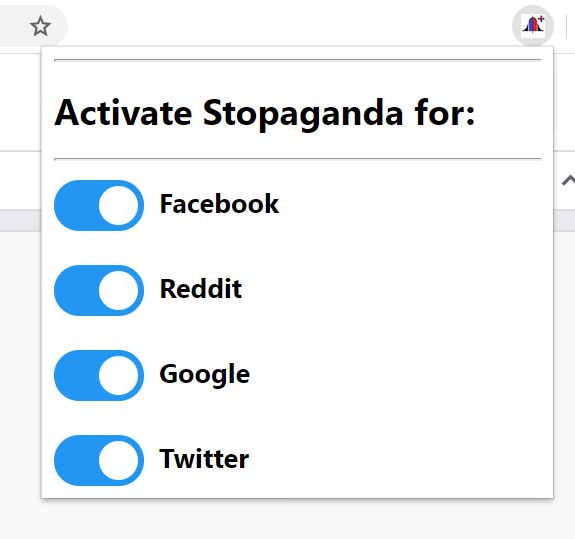 Stopaganda Plus is built on Vanilla JavaScript. Because Stopaganda was my first extension project, I built it from the ground up, and wasn’t even aware of any boilerplate code or even other usable stacks. I let Stackoverflow serve as my guide as I felt my way through initial development.

Do you plan to monetize your extension?

I currently have no intention to monetize this extension. Although I’d love to be paid for projects like this, my primary motivation is to make a dent in our current political climate’s epidemic of disinformation and conspiracies. The more people I can reach, the bigger that dent will be. As I see it, any monetization will decrease the total user base.

What are some of the difficulties you’ve encountered in building the extension? 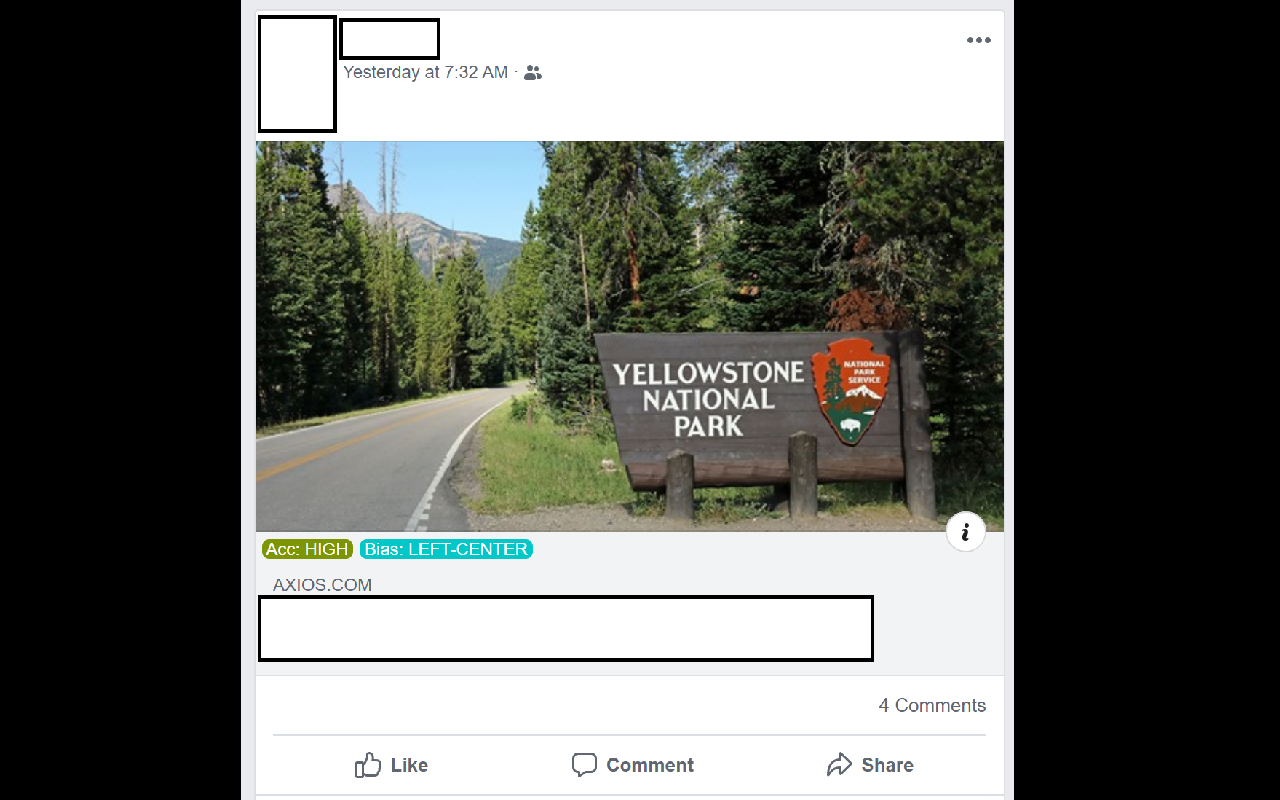 With the above goal in mind, it’s been difficult getting extensive exposure. My only real resources have been posting to Facebook and Reddit, as I’m not a terribly avid social media user (e.g. I’m not on Instagram, and rarely on Twitter).

From a development standpoint, the most difficult thing is keeping up with these pages as they push updates. For example, both Reddit and Facebook have pushed relatively new “new look” pages, but still support the old versions, which requires me to write new code that not only supports the new pages, but also identifies which version is being used. 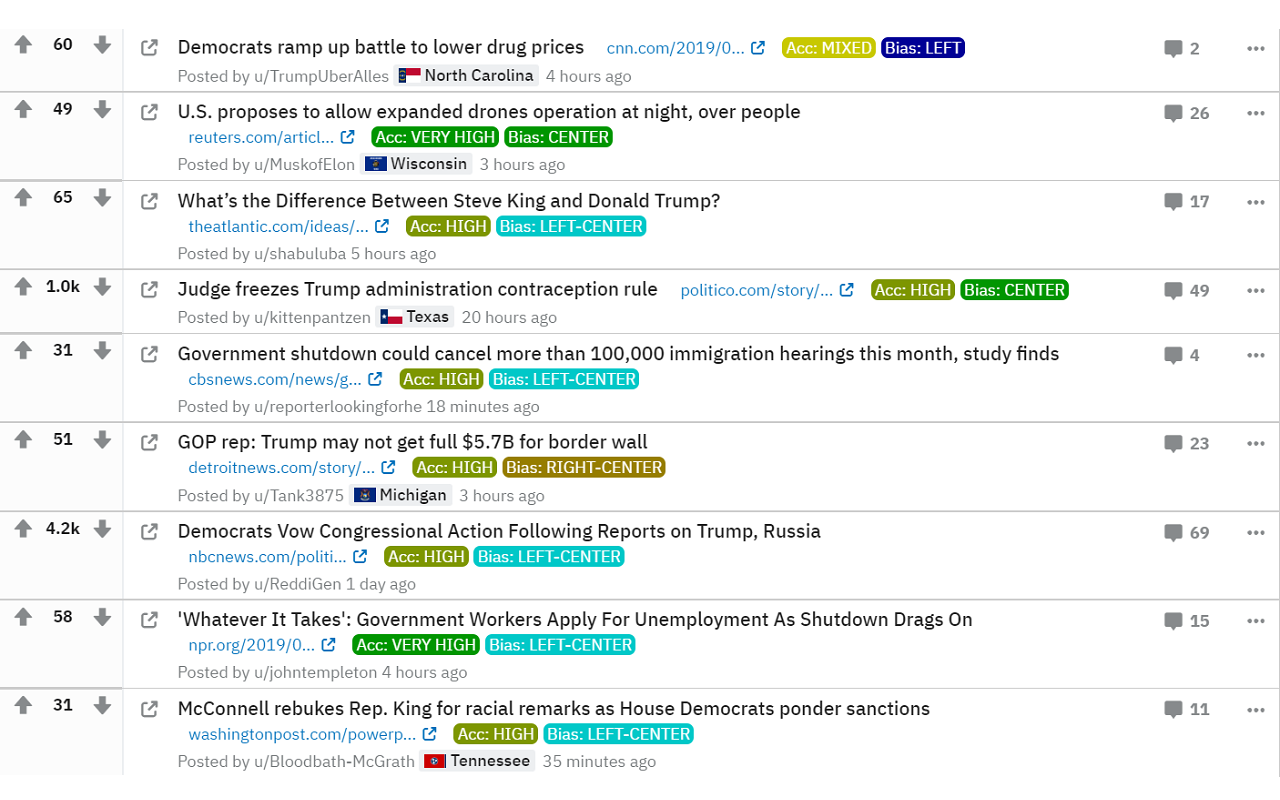 Another smaller, more amusing difficulty was around trying to decide an appropriate color scheme. I originally wanted to use a bright “danger” red to indicate when a source has the least credibility, but realized that because conservatism is associated with red, I might accidentally cause negative associations about conservative reporting as a whole. I ended up using black with light pink text to indicate a disreputable source.

What do you do, besides building extensions?

I currently build web applications and maintain billing applications for a small law firm, as well as some supplementary freelance work in application building/maintenance and data collection, organization, and visualization.

What have you learned through building your extension?

Although I’d used embedded JavaScript in almost all of my projects prior, I’d never built a full application on vanilla JavaScript, without jQuery. So in building this extension from top to bottom in JavaScript, I was provided the opportunity to become much more comfortable with JavaScript as a primary development language.

As with almost anything I develop, my favorite part is when I finish a first draft or get to a testing phase and experience the application actually working. It’s a fantastic feeling seeing something that you’ve put a lot of time and effort into actually working as intended.

What goals do you have for the future?

I want to continue to find ways to make a difference in the fight for transparency and confidence in our media sources. I’m also always looking for new needs that need filled. I’d like to always be expanding my network of professional contacts.

Where can readers go to learn more about you and your projects?

My personal website and portfolio can be found at www.erikgibbons.com.

This page is part of the blog section.